At the top of a hill, the town of Monsanto Portugal has a unique charm because the houses were built around and under huge boulders, hence its nickname Village aux Rochers. It is a great place to explore and discover these strange structures. And also the views of the region are beautiful! 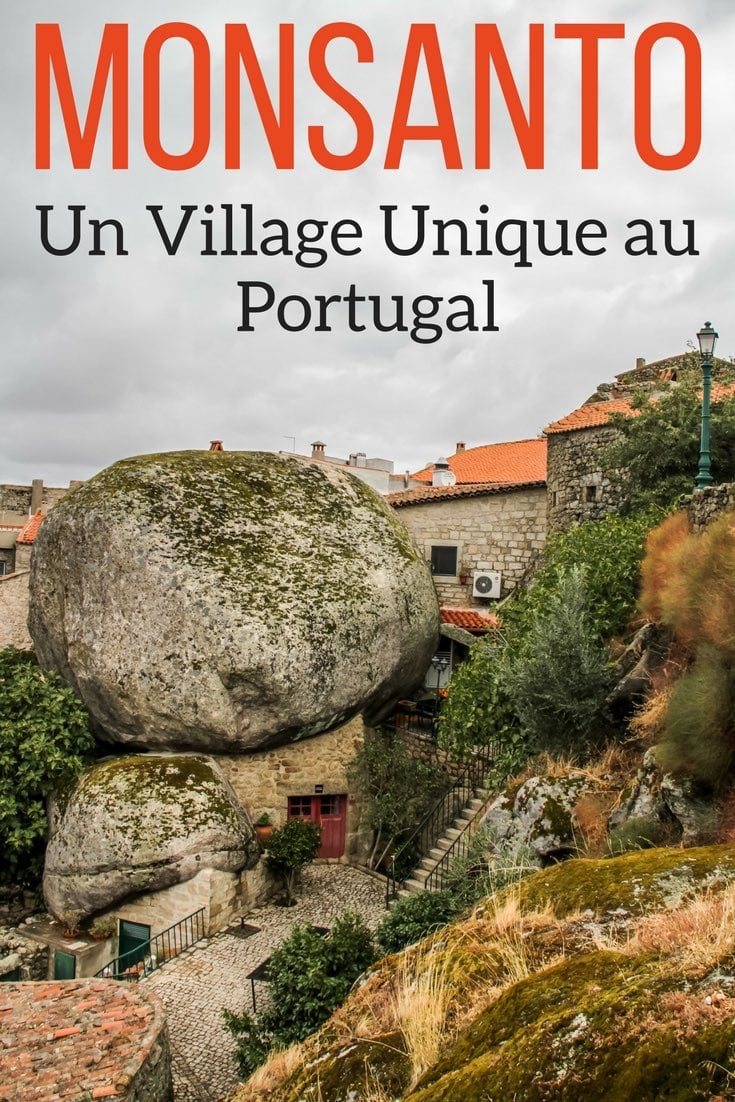 In the plains of Beira Interior, between the foot of the mountain Rio Gardunha and Ponsul formed by the geography, climate and fauna of transition between the north and the south of Portugal, is in a high cliff village the history of Monsanto .
It is said that the second century BC, the people would have resisted for 7 years at the headquarters of the Romans, an event that is causing the Day Cruzes commemorates the town every year on May 3 In the twelfth century, D. Afonso Henriques He donated the city taken from the Moors to the Knights Templar, whose master in Portugal, Gualdim Pais, rebuilt the castle.
The village offers some of Portugal’s most interesting human landscapes. The agglomeration develops on the side of a small mountain and uses blocks of granite stone for the walls of their houses. In some cases, a single block of stone forms the roof, so here it is said that the houses are made “with a single tile”.
Among the houses is the Lucano Tower (XIV century) dominated by a silver rooster, a trophy awarded to Monsanto in a competition held in 1938, when it was considered the most Portuguese village in Portugal due to the authenticity of its culture.
The difficult climb to the castle is greatly rewarded by one of the most fascinating watchtowers in the region. Our property is literally right in front.